Smoke of war rising over the Russian embassy? 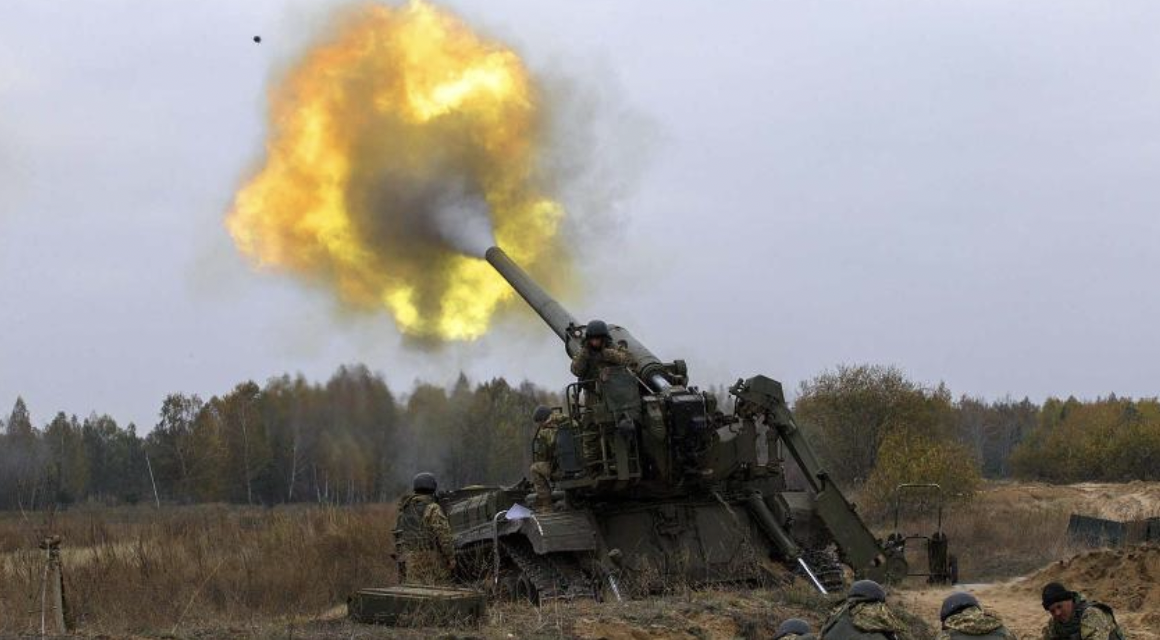 As recently as in the evening of February 16, it seemed that the war in Ukraine had been avoided. After a series of drills, the Russian troops were duly withdrawing to the places of their permanent deployment, and numerous negotiations in Moscow with top German and French officials created the impression that certain agreements on Ukraine had already been clinched. However, it all changed on the night of February 17, when the demarcation line in Donbas between Ukrainian troops and separatist units exploded with mutual shelling. On the morning of February 17, smoke was seen billowing from the roof of the Russian embassy building in Kiev, which could mean only one thing – the diplomats were burning documents, preparing for an urgent evacuation. Within hours, Ukraine and Russia were once again teetering precariously on the brink of war.

Both sides are naturally contradicting each other with officials in Donetsk saying that the police of the Donetsk People’s Republic had fired back after more than 150 mines and grenades had landed at the Donetsk airport and on separatist positions. The Ukrainian military, for its part, talks about 29 cases of shelling by the separatists, including with the use of heavy weapons banned by the terms of the Minsk accords (https://www.unian.net/war/s-polunochi-okkupanty-29-raz-narushili-tishinu-na-donbasse-odnogo-boyca-ranili-novosti-donbassa-11707714.html). Kiev certainly keeps mum about who was the first to open fire. Instead, it shows a damaged building and claims that a shell allegedly fired by the opposite side had hit a kindergarten, miraculously killing no one. In any case, the nighttime cannonade could be easily heard in Donetsk and it was now clear that the disengagement line had once again turned into a frontline.

The problem is that the conflicting sides do not trust each other. Representatives from Kiev and Washington have repeatedly gone on record saying that any video evidence provided by Russia and the separatists will be perceived as fake. In turn, the meme “this is different,” which is how US politicians compared the situation in Donbass and South Ossetia with US military actions, is popular in Russia. People in Russia, for the most part, do not read Western newspapers and do not trust statements made by Western, let alone Ukrainian, politicians. As a result, each side is sure that the truth is on their side.

As early as on February 16, after the anticipated Russian invasion which, according to Ukrainian media, was allegedly slated for 4 am, never came, there were a number of patriotic marches happening in various cities across Ukraine celebrating their country’s “victory.” What they seem to forget, though, is that war is beneficial to too many people, and therefore, cannot be simply cancelled. Zelensky and his allies have already evacuated embassies, the war will write off Ukraine’s debts, and will cover-up numerous corruption schemes in weapons supply. And most importantly, it will be possible to impose sanctions on Russia and squeeze it out of most of the European energy market. In turn, Moscow expects at least minimal concessions that would make life easier for the residents of Donbass and, apparently, is ready to come to their defense. That being said, there still will be no invasion.

According to Washington, there are 17 scenarios of a Russian invasion. In actual fact, there is just one such scenario. The shelling of Belgorod, Bryansk or Rostov would be hard to justify, but a gradual aggravation of the situation along the disengagement line in Donbass can be called a war. Increased shelling from the Ukrainian side will provoke a response from the separatists, and attempts by the Ukrainian army to push through the demarcation line will provoke a counterattack by the forces of the unrecognized republics with the full support of Moscow. This can already be declared as a full-fledged war and result in sanctions. The question is how asymmetric the Kremlin’s response will be and where the counterattacks will stop. And will they stop at all?
Sadly, whether we like it or not, if Mr. Zelensky and his allies really wanted peace, all they needed to do was to withdraw the Ukrainian army several kilometers from the demarcation line and declare a strict ceasefire. They did not do that. As a result, each mine fired and each burst of machinegun fire is now pushing Europe closer to war.